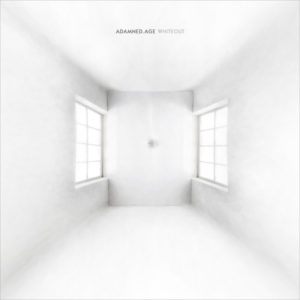 I am still surprised to learn that even some of my closest fellow netaudio enthusiasts never heard the name of Hanne Adam or her musical solo project ‚adamned.age‘. To me, Hanne is one of the most important and creative figures of an ever evolving scene, that still hasn’t reached it’s limits – and so hasn’t Hanne. When I first discovered her music, I was attracted by the fine sound design art that runs through all of her works. While cold at first glance, all her compositions are never repellent, in fact they contain a common hypnotic element that opens the door to deeper and deeper explorations that will never let you go again. Like every great composer Hanne is an extremely fine observer, an attribute she also lives out in her work as a photographer.

Together with her ‚partner in crime‘ Tanja Dovens, better known as ‚Die Minimalistin‘ to some lovers of fascinating drones and soundscapes, she is a part of Berlin’s ‚Urban Exploration‘ scene, where she haunts in abandoned places in the eastern part of the city, which by now haven’t been found by investors or carpetbaggers to turn those pearls into money making appartments or expensive spas for the upper class of Germany’s lavish reborn capital. The pictures Hanne takes as well as the feelings she carries home convert to sounds, melodies and compositions that give these places an everlasting memorial far beyond the mere photographic moment.

But there is another driving, darker force behind Hannes Adam’s music and her often abstact and bleak sound design: Pain, whether physical or emotional, has been a constant companion on her path through life and art. „Music sometimes was the only language that gave that pain a voice, the only thing that literally kept me in this life“, she confessed during a conversation we had in November 2009. It is in these precious moments of composing, of feeling that special occasion when a very private emotion transforms into a sound, when Hanne enters into a world without constant struggle and forgets about the defeats she suffers against enemies she can’t win against in her real life. It might be considered a sweet irony of her life that it is this pain, that actually leads her to her highest artistical summits. And her wise smile showed me she knows about this antagonism very well.

It is my pleasure to witness one of the most precious jewels of today’s netaudio scene coming together with one of the most caring netlabels around for the best release adamned.age had so far. Enjoy every sound, beat and emotion this musical giant has for you.

Update Required To play the media you will need to either update your browser to a recent version or update your Flash plugin.