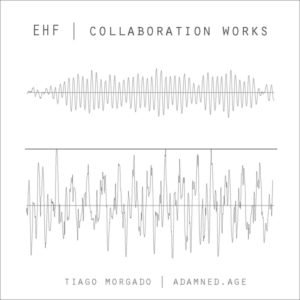 much has change in my life since I created this netlabel. I knew people, I expanded my horizons in terms of music knowledge and I created an interesting circuit for promotion of my music and others work. But in the middle of all that, there is nothing more important than the experiences echanged with other people, and the friendships that a guy establishes over the internet. For an instance in my album „Some paradoxes about the human existence (…)“ released in test tube (Uncle bart (…) tube 125) I’ve had collaborartions requested by me ranging from portuguese musicians friends of mine (and people which work I admire a lot) to kenji siratory but I’ve never imagined that some months later I would being asked by german musicians to collaborate with them. And this experience, of giving few material of mine to other to work over the internet that has been a happening but will turn more periodical (at least I wish so), I desire to have more opurnities to seeing these sort of mutations of my own musical and sound identity by others and going along with making music with other people, and creating circuits for other people to make it which was also a big purpose of all this thing

Update Required To play the media you will need to either update your browser to a recent version or update your Flash plugin.

DOWNLOAD IN LQ (MP3)
BACK TO OVERVIEW
AFTER THE RAIN
EISKIND